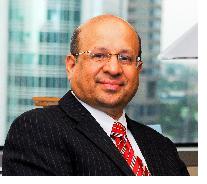 Disclaimer: The views expressed in this paper are those of the author and do not necessarily reflect the views and policies of the Asian Development Bank, or its Board of Governors, or the governments they represent. Please also refer to “Investing and Financing of Infrastructure for Development in Asia”, keynote address by Dr B.N. Lohani, 2nd Annual Infrastructure Investor: Asia Forum. 20 October 2010. Singapore.

I. Investing in Infrastructure – A Continuing Development Challenge
Developing Asia seems to have recovered from the global crisis with impressive speed and vigor. However, for long-term growth, Asia needs structural policies to promote productive capacity through four core elements – one of which is infrastructure (the others are trade, human capital and financial development). Although the infrastructure levels in the region have been growing fast, the infrastructure gap continues to be quite pronounced. The Asian Development Bank’s (ADB) recent study “Infrastructure for a Seamless Asia” estimates that developing Asia will have to invest around $8 trillion or an average overall infrastructure investment of $750 billion a year over the next decade to support growth.

Rapid urbanization will exert rising demands for infrastructure services in developing Asia. Urban areas contribute about 80% of gross domestic product (GDP) in Asia. Cities are engines of national and subnational economic growth. In almost all countries, cities are making significant contributions to national economic productivity. Asia’s level of urbanization is expected to grow by 3% every year and the rural-urban migration will account for 40% of this urbanization trend. According to the UN, the world will have 22 mega cities by 2015 – half of which will be in Asia. Some 1.1 billion people will move to cities in the next 20 years. The 2005 Human Development Report presents a strong correlation between the level of urbanization (defined as urban population as a percentage of total population) and per capita income of Asian countries. Urban activities generate close to 80% of all carbon dioxide as well as significant amounts of other greenhouse gases which contribute to climate change. By 2030, 40% of the global greenhouse gas emissions will come from Asia.

The result has been burgeoning city growth that is largely unplanned and uncontrolled. The consequence is that most cities today suffer from inadequate water supply and sanitation systems, severe traffic congestion, a proliferation of low grade housing, inappropriate land management and environmental degradation of air, land and water. Quite simply, Asia needs to create more livable cities, with multimodal transport systems and high quality urban mass transit systems, including metro rail systems and bus rapid transit. Certainly, subnational governments increasingly undertake infrastructure developments at the local or municipal level. However, financing for these municipal infrastructure remain a challenge. Similarly, experience shows that a “one-size-fits-all” approach – addressing urbanization issues across and within countries as if urban centers are all the same – does not work. Clearly, the urgent challenges facing Asia’s rapid urbanization will require new thinking from all of us to solve the urban infrastructure challenge.

It is equally important that policy makers ensure long-term productive capacity through environmentally sustainable infrastructure systems. For example, financing the development of renewable energy technologies; better insulating homes and offices; and building a new cadre of engineers, technicians and scientists who are sensitive to environmental needs are all critical. The $787 billion stimulus package of the US has a significant green stimulus feature. In Asia, too, strong action are being taken by governments. The Japan Bank for International Cooperation is lending $5 billion to developing countries for water, solar power, and other environmental infrastructure. Japan’s 10-year economic growth strategy will center on core areas such as “green innovation” which is expected to create 1.5 million jobs. Of China’s roughly $586 billion stimulus package, $221 billion focuses investments on alternative energy supporting hydropower, wind, and solar resources. And Korea led the world in its commitment to green stimulus by launching the $31 billion “Green New Deal,” hoping to create 950,000 jobs over the next four years while overhauling industry. Certainly, the environmental and safeguards dimension of infrastructure development, or the impact of infrastructure on the environment, including air quality, availability of clean water and sanitation, and protection of the eco-system will require that we take action now. If not properly planned, infrastructure will have costly implications in the future. The “let’s grow first and clean later” attitude is no longer an option in Asia.

Enhanced regional infrastructure complements country-level efforts for economic growth. Some examples include the Phnom Penh to Ho Chi Minh City Highway Project which supported an increase in bilateral trade in Cambodia and the southern region of Viet Nam, and more broadly, regional cooperation among Greater Mekong Subregion countries. The East-West Corridor Project linking the landlocked areas of northeast Thailand with the coast of Viet Nam across Lao People’s Democratic Republic (PDR) reduced travel time from border to border. A hydro-electric power project in Lao PDR generates and dispatches energy cross-border to Thailand. And there are many more such examples.

Trends in a Post-Crisis Environment: Public and Private Sector PartnershipsAt a time when public sector financing is stretched and where international donor support is focused on other sectors such as education and health, policy makers are increasingly looking toward other instruments and sources of financing. And one such partnership, which at least in Asia is being increasingly talked about is public-private partnerships in financing infrastructure needs. On a global scale, private sector investments in infrastructure were significant prior to the 2008/2009 global financial crisis, amounting to $1.1 trillion from 1984 to 2006. The Asia and Pacific region attracted 31% of these investments flows – more than $343 billion. Of this amount, nearly $128 billion was in the energy sector alone.

Private participation in infrastructure is no longer dominated by a few firms from the developed countries. Anecdotal evidence also suggests that Asian investors have improved their position and are taking on a larger share of infrastructure investments. This could be due to the broadening and deepening of capital markets in Asia and the growing experience of investors with infrastructure investments. It may also be that Asian investors are in a better position to understand the local political economy issues in the region.

Public-Private Partnerships (or PPPs) are being increasingly seen as attractive modalities to support infrastructure development. The benefit of PPPs is that many different risks inherent in infrastructure projects are borne by parties who are best suited to handle those risks. PPPs allow for more competition and are conducive to innovations in design, construction, facilities management and financing. But to attract the private sector to risk private capital, governments will need to provide the right policy environments, including enabling legal and regulatory frameworks, transparent and competitive procurement policies and processes, and better tariff policies, among others.

There are three important ways that Asia can help itself meet its infrastructure investment challenges and sustain its economic growth. First, investment in infrastructure is essential to help countries and the region ride out the global crisis. Second, opportunities exist to make the right investments in green infrastructure with a focus on achieving a low carbon economy and for addressing the global challenge of climate change. These are complex and time-consuming investments but certainly worth pursuing for achieving long-term environmentally sustainable growth in the region. Third, the demand for infrastructure financing in Asia is high but Asia is flush with capital. Therefore, we should remove the binding constraints for infrastructure development to mobilize private sector resources. Finally, urban development and infrastructure operations should be more than just “bricks and mortar” or piecemeal and simply looking at an isolated specific sector such as water supply or waste management. They should be part of a larger, more comprehensive development agenda and integrated across many subsectors. The five inter-related dimensions in addressing the challenges of infrastructure development cannot be over-emphasized – the economic, demographic, environmental, governance and the financing dimensions.