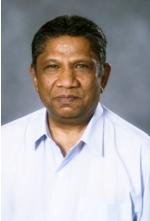 After the Bender era, the U.S. secondments came to an end and AIT started to hire direct hired faculty.

Milton Bender was very popular; we had a series of Bender lecturers. I was surprised to see, Dr. Banks finished his PhD at Berkeley in 1951, when I was just (IMPOSSIBLE! No one in history has accomplished this!!!!) 10 years old. I came to know Dr. Bender well only during his second assignment in 1975-1976 or so. Some memorable slides from the Bender Lecture Events and others are attached. If they are not of interest, kindly ignore and apologies.

Over the years AIT has grown from strength to strength. Innovative approaches are now going on under the leadership of current President Prof. Said Irandoust which will further put AIT on the world map as a unique, international institution of higher learning.

Details of MEB Lectures:
The last one was given by
Dr. Za Chieh Moh

MILTON BENDER LECTURE SERIES
at the
Asian Institute of Technology
(Innovative Contributions in Engineering, Science, Technology and Management)
Professor Cham Tao Soon, a past-President of the Institution of Engineers, Singapore (IES) and the President of the Nanyang Technological University (NTU), was the “Year 2000 Bender Lecturer” at AIT on the occasion of the Information Technology Conference August 1-4, 2000. The title of Prof. Cham’s Lecture was “The Impact of Information Technology on University Education”. The Asian Institute of Technology introduced the prestigious Milton Bender Lecture Series in Engineering, Science, Technology and Management to honor the first AIT President, Dr. Milton E. Bender. The lecture is given at the Institute once a year by distinguished University Professors selected on a global basis. Educated at Raffles Institution and a Singapore State scholar at the University of Malaysia, Prof. Cham was also a Commonwealth Scholar at Cambridge University, where he received his PhD. Prof. Cham, a former Dean of the Faculty of Engineering at the National University of Singapore, was the founder-President of NTU in 1981. Under his able leadership, NTU has become one of the finest universities in Asia offering higher education. Prof. Cham, a foreign member of the Royal Academies of Sweden and UK, is an Honorary Fellow of St. Catherine’s College in Cambridge. He has also received honorary Doctoral Degrees from many universities in UK and Japan.

The First Lecture in the series was given in March 1993 by Professor Andrew Schofield, a Fellow of the Royal Society of London on the most admired fields of Centrifuged Model Tests and Critical State Soil Mechanics. The 1994 Lecture was given by Prof. Ray W. Clough, a pioneer in the Development of Finite Element Analysis. Prof. Clough has also been outstanding in the fields of dynamic analysis of structures, experimental research in structural behavior during earthquakes, and the development of the Earthquake Research Center at Berkeley with its shake table and other related facilities. The 1995 lecture, third in the series, was given by Prof. Kiyoshi Horikawa, President of Saitama University and Professor Emeritus at the University of Tokyo. Prof. Horikawa, again a pioneer researcher in Coastal Engineering, brought to AIT his contributions and experiences in expanding the knowledge on the Coastal Engineering discipline, particularly the near shore dynamics and coastal transport mechanism.

Prof. Jorg Imberger from the University of Perth, Australia, and an eminent environmentalist who has participated and directed high-level projects on Water Quality and Environmental Management throughout the world from the Bay of Venice to the lakes of Chile and Japan, gave the Fourth Lecture in 1996. Also in 1996, Prof. Jorg Imberger was awarded the Stockholm Water Foundation Prize for his outstanding contributions to the Water Industry. Professor Douglas Wright, a distinguished Structural Engineer and a University Professor and Administrator at the University of Waterloo in Canada, gave the Fifth Lecture in 1997 on “Engineering the New Economy”.

About the author: Prof. Bala is Honorary Member of the AIT Alumni Association and Chair Professor of AIT before he went to his retirement. His current address is given below:
Prof. A.S.Balasubramaniam
Engineering Building G09
School of Engineering
Griffith University Gold Coast Campus
58 Parklands Drive,
Southport QLD 4215
Australia
Phone: +61-07-5552-8590
Fax: +61-07-55528065
E-mail: a.bala@gu.edu.au